Kimberley Rew first came to notice in the late 1970s as a member of Robyn Hitchcock’s Soft Boys.
In 1981 Rew made a solo single backed by American band the dBs before helping to form Katrina and the Waves, and writing 1985’s evergreen Walking on Sunshine (produced by Pat Collier and Scott Litt). The Bangles also recorded Rew’s Going Down to Liverpool.

Katrina and the Waves toured opening for the Kinks, the Beach Boys, and Squeeze among many others. Rew concurrently guested with Ashley Hutchings, Robyn Hitchcock, Julian Dawson and Boo Hewerdine.

In 1997 Katrina and the Waves won the Eurovision Song Contest for the UK with the Rew composition Love Shine a Light. In 1999 Rew rejoined Robyn Hitchcock for the Jewels for Sophia album and tours. In 2001 the Soft Boys reconvened to rerelease their Underwater Moonlight album (now hailed as a gem from the vaults), and to tour and record.

Rew continues to write, record and gig locally with Kim & Lee and at Johnny Wright’s Wednesday Session at The Brook in Cambridge. 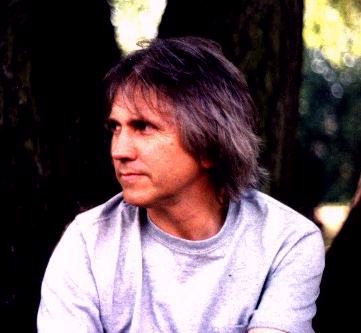 Kimberley Rew was born in Bristol, England, UK. He shares his origin with actor Cary Grant and Samuel Plimsoll, inventor of the Plimsoll Line, which in turn gave its name to a type of gym shoe.

In the course of a peripatetic childhood Rew arrived in the junior year of Harrow County Boys’ Grammar School (not the posh one) in North London. He was in awe of the seniors’ school band, Episode Six, noted for their cover of the Beatles’ ‘Here,There and Everywhere’, and later supplying two members to Deep Purple. (Oddly, much later, Katrina and the Waves extra man Don Airey also joined Deep Purple).

Rew next attended Jesus College, Cambridge (the name reflects the institution’s medieval origin when learning was more or less a branch of the church), to study archaeology. Alumni include poet Samuel Taylor Coleridge and novelist Nick Hornby.

Rew was an original member of the West Stow Environmental Archaeology Group, the first to reconstruct Anglo Saxon houses on their original site. West Stow Anglo Saxon Village in Suffolk, England is still gong strong as an educational and tourist destination.

Also in Rew’s college year was Katrina and the Waves’ drummer Alex Cooper. The pair formed the first version of the Waves. A notable gig was Cambridge’s Alex Wood Hall in 1977; on the bill were Robyn Hitchcock’s Soft Boys, and Blotto, featuring Rew’s future wife, bass player Lee Cave-Berry.

Rew joined the Soft Boys on New Year’s Eve 1977. The band were booked into residencies at the Nashville Rooms and the Hope and Anchor in London. The most memorable names to emerge from that time and circuit were Dire Straits, and the Police, who had the indignity of a cover charge of 50p (half an English pound) when the Soft Boys were 75p.
The Soft Boys became music press ‘flavour of the month’ followed by the inevitable backlash (if anything more of a deafening silence), giving Rew his first experience of the ‘media’. Since when he has been more or less a resolutely unfashionable outsider, but with odd occasional flashes of popularity. The Soft Boys’ second album, Underwater Moonlight, turns up in books with titles like ‘1000 Great Albums’, and is reissued on a regular basis, tho this acclaim came much later on, much of it after being posthumously ‘discovered’ by megastars REM. The Soft Boys disbanded in 1981.

1981 saw the first Rew mini album, Bible of Bop, which has the distinction of featuring all the members of Soft Boys and Katrina and the Waves, and most of American band the DBs, who were touring the UK at the time.
Rew and Cooper formed Katrina and the Waves with Katrina and bass player Vince de la Cruz in 1981. Rew’s old school pop style ran counter to the fashionable current of the time. Bookings at the usual London hell holes dried up, apart from the ever wonderful Hope and Anchor. Katrina and the Waves however retained the loyalty of producer Pat Collier and Canadian independent label Attic, where the band’s first two albums appeared.

Katrina and the Waves were eventually offered a fifty date tour of British military bases. In some ways this was the making of the group as they arrived without anything the chattering classes call ‘credibility’; any credibility on the night was achieved thru simple entertainment value (particularly Katrina’s powerhouse vocals and Cooper’s powerhouse drumming), rather as the Beatles in Hamburg (tho Rew was pushing 30 at this point!) Needless to say, eventually hysteria set in. At Faslane nuclear submarine base in Scotland, the venue was oddly on the top floor of a tower block. Finishing the show, the band were informed that the lift (elevator) operator had gone home. Half the group ended up throwing the gear off the balcony, with the other half catching it below in an outstretched blanket.

Strangely, also at this time Canadian singer Celine Dion heard Katrina and the Waves’ unissued recording of the Rew composition ‘That’s Just the Woman in me’, which she eventually recorded herself in 2008. American all female band the Bangles heard the first Canadian Katrina and the Waves album and covered ‘Going Down to Liverpool’.

In 1985 Katrina and the Waves, rejected by all the British labels, signed with, of all people, the New York branch of the British multinational EMI. EMI, besides records, made things like light bulbs and radar systems, and has only recently finally become defunct. Serendipitously the band was placed in New York’s Power Station studio, more usually at the time throbbing with the likes of Nile Rogers’ disco beats, with producers Pat Collier and Scott Litt. Also serendipitously, the single Walking on Sunshine was pulled off the first EMI album and played on the radio at the beginning of the summer, instantly taking residence in the public’s affection. The band embarked on a coast to coast tour of US club dates- summer, top ten record, perspiring audiences hanging off the walls.

Katrina and the Waves were soon labelled a ‘one hit wonder’ (but see below). As often in this situation, relentless touring continued, relying on the band’s entertainment value, with KW becoming the warm up band for both the Beach Boys and the Kinks, thus furthering Rew’s musical education. Locations included the US and Canada, Europe, Japan, Australia, and oddly, Guam.

In 1989 Rew embarked on a project to walk and cycle the coast of England and Wales (in short bursts of course), completed in 2006. In 1996 he began a similar project with the waterways, also completed in 2006. In 2009, all the railway stations; the project is scheduled for completion in 2019.

In 1997 Alex Cooper, to his everlasting credit, sent Rew and Katrina’s cassette demo of ‘Love Shine a Light’ to the BBC (the UK’s public service broadcaster). This was at the time when anybody could send in an entry for the competition to represent the UK in the Europe wide Eurovision Song Contest. The best hopefuls, including Rew’s cassette, were played on the national Radio 2 channel, followed by a popular vote. ‘Love Shine a Light’ went forward and won Eurovision (in Dublin, with orchestration by Don Airey). This resulted in another Europe wide hit, and ultimately the opportunity for Katrina’s solo career, and therefore Rew’s.

Rew formed a relationship with bass player Lee Cave-Berry in 1998. They married in 2010 (don’t rush into anything!) Lee’s musical adventures had taken her via the Mal Gray band, including a European tour supporting Fats Domino. The band were booked as Bill Haley’s backing band for his next tour, and were rehearsing when news arrived that Haley had died (some people will do anything to avoid working with a female bass player). Then Gibraltar, back to Cambridge, then solo albums Picture my Dreams, Butterflies and Spring Forward. More recently deps with Fourth Labyrinth and Lexie Green.

Rew joined Robyn Hitchcock’s backing band for a US tour in 1998. The Soft Boys reconvened in 2000 for the twentieth anniversary reissue of Underwater Moonlight, followed by a reunion album and two further US tours.

John Wright’s self-explanatory Wednesday session began in Cambridge in 2008. It’s also going strong in 2019, thru a variety of venues, which fall by the wayside much faster than the session itself. Rew and Cave-Berry have fulfilled much of the house band’s duties, continuing their musical education. Rew and Cave-Berry joined blues band the Barefoot Doctors in 2017.

Rew embarked on a series of eleven solo albums from 2000 to 2015, pursuing his upbeat pop style, which seems also to include dipping into odd aspects of traditional British culture. Cave-Berry features on all the albums. Staples of the studio band are Alex Cooper and Kinks keyboardist Ian Gibbons. Others include Robyn Hitchcock, Glenn Tilbrook, Julian Dawson, Liam Grey (from John Verity’s band), Terry Edwards, John Wright, Morris Windsor (from the Soft Boys), Tony Hill (from Jack), Christine Kitching (from GigL), Patch Hannan (from the Sundays), Dave Mattacks (from Fairport Convention, whom Rew met when he was very briefly a member of Ashley Hutchings’ All Stars), singer Tom Dalpra, violinist Matt Kelly and Andy Metcalfe (from the Soft Boys).

There are three Kimberley Rew and Lee Cave-Berry albums of covers (including a tribute to the Troggs) plus one of original songs, Enjoy the Rest of Your Day.

In 2016 Rew received a BMI (American rights agency) award for three million US plays of ‘Walking on Sunshine’.